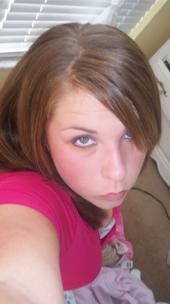 Jury selection has begun in the case of a mother accused of posing as a 16-year-old boy online in order to torment a 13-year-old girl, who was eventually driven to suicide by the incident.

Lori Drew, 49, allegedly joined MySpace under the name Josh Evans and contacted Megan Meier, a 13-year-old neighbor and former friend of Drew's daughter. Under that alias, Drew contacted and expressed "romantic interest" in Meier, beginning a correspondence that lasted for about a month. Prosecutors says Drew set up the account in order to find out what Meier was saying about her daughter in the wake of a falling-out between the two girls.

Ultimately, the "relationship" slid into online name-calling and was broken off, shortly after which Meier hanged herself in her room; she died the following day. Meier's mother claimed in late 2007 that her daughter had suffered from depression and "self-esteem issues" since childhood, and that she had been concerned about Megan's online contact with "Evans." She says she contacted the cyber-crimes department of the local police but was told there was no way to confirm that the Josh Evans account was real.

The charges against Drew do not stem directly from Meier's death, however; St. Charles County Prosecutor Jack Banas said, "There is no way that anybody could know that talking to someone or saying that you're mean to your friends on the internet would create a substantial risk [of suicide]. It certainly created a potential risk and, unfortunately for the Meiers, that potential became reality. But under the law we just couldn't show that." In fact, the final message sent to Meier, which said the world would be better off without her, apparently didn't even come from Drew; according to the indictment, it was sent by co-conspirators who also had access to the account.

Instead, she is being charged with one count of conspiracy and three counts of "accessing protected computers without authorization to obtain information to inflict emotional distress," in violation of MySpace's terms of service, and Judge George Wu is considering excluding evidence of the actual suicide because it may be unfairly prejudicial and irrelevant to the actual charges. Drew's lawyer, Dean Steward, said the evidence should be excluded so the jury doesn't confuse the issues, arguing, "The jury is going to end up thinking that Lori Drew is being tried for the death of Megan Meier."

Opening arguments in the case could begin as early as Tuesday afternoon. Each count carries a maximum five-year sentence.