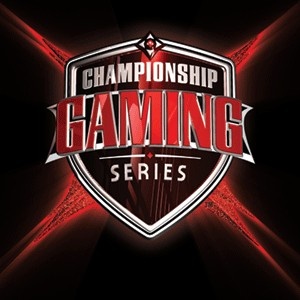 The Championship Gaming Series has closed its doors following a decision by owner DirecTV that "profitability was way too far in the future."

The CGS was formed in 2007 by DirecTV in association with British broadcaster BSkyB and STAR TV, with sponsorships from companies including Mountain Dew, Fatal1ty, Alienware and Xbox 360. Six franchises from U.S. cities Los Angeles, New York, Dallas, San Francisco, Chicago and Carolina competed in the first season, while the second featured the launch of international franchises in Berlin, Spain, England and Mexico.

"While the concept was ahead of its time and we are extremely proud of what we've accomplished, it became increasingly clear as this ambitious project evolved, that profitability was too far in the future for us to sustain operations in the interim," CGS representative Jenny Snegaroff said in a statement posted on the league website. "Our goal was to be ahead of the curve in the e-sports space, and conceived of CGS as a true sports league. We invested wholeheartedly in the venture and presented viewers with a top-notch production, but the economics just didn't add up for us at this time."

The CGS was the only league with both international television coverage as well as players who were paid salaries, according to the Hollywood Examiner. DirecTV carried live broadcasts of shows, while G4 featured a highlight show of the 2009 world championship tournament. In its final season of operation, the Birmingham Salvo defeated the San Francisco Optx to take the 2008 CGS World Championship crown.

The CGS isn't the first "professional gaming league" to fall, and it probably won't be the last. The World Series of Video Games closed its doors in September 2007, while the Cyberathlete Professional League called it quits in March 2008. Apparently, professional videogaming suffers from the same problem as so many other online ventures: It looks great on paper but nobody seems able to figure out how to actually make money with it.

Diversity, One Dragon-Punch at a Time Ray Huling 29 Comments