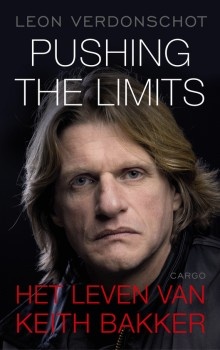 Keith Bakker, founder of the first and only videogame addiction treatment clinic in Europe, says the vast majority of patients at his clinic are suffering from social difficulties rather than an actual psychological disorder.

Founded in 2006, the Smith & Jones Centre in Amsterdam has treated "hundreds of young gamers," according to a BBC report, but its treatment methods are changing with the realization that most gaming "addicts" are in fact suffering from "social problems." The clinic has experienced high levels of success with traditional treatment for people who partake in other addictive behaviors, but Bakker estimates that only accounts for roughly ten percent of gamers; for the remaining 90 percent, he said he no longer believes that addiction counseling is the best course of treatment.

"These kids come in showing some kind of symptoms that are similar to other addictions and chemical dependencies," he said. "But the more we work with these kids the less I believe we can call this addiction. What many of these kids need is their parents and their school teachers - this is a social problem."

"This gaming problem is a result of the society we live in today," he continued. "Eighty per cent of the young people we see have been bullied at school and feel isolated. Many of the symptoms they have can be solved by going back to good old fashioned communication." As a result, the clinic is now offering a program that focuses on developing "activity-based social and communications skills" that will help compulsive gamers cope with the pressures of society.

Bakker said the root cause of most videogame-addicted minors lies with parents who have "failed in their duty of care," adding that sometimes parents sometimes have to get tough. "It's a choice," he said. "These kids know exactly what they are doing and they just don't want to change. If no one is there to help them, then nothing will ever happen." However, he also pointed out that the vast majority of online gamers are over the age of 18, meaning they need to seek help on their own because they're beyond any form of legal parental intervention.

Research at the clinic also indicates that many of the negative emotions associated with excessive gameplay, like anger, powerlessness, isolation and frustration, are actually pre-existing causes, rather than symptoms, of compulsive gaming problems; Bakker said that if parents committed to a greater responsibility for their children, many of these feelings could be dealt with at their source rather than through a retreat into a virtual world.

"If I continue to call gaming an addiction it takes away the element of choice these people have. It's a complete shift in my thinking and also a shift in the thinking of my clinic and the way it treats these people," he said. "In most cases of compulsive gaming, it is not addiction and in that case, the solution lies elsewhere."