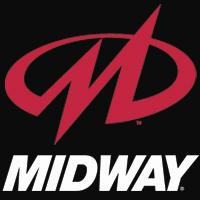 Media mogul Summer Redstone sells his claim of Midway Games for the Wall Street equivalent of tomato soup and a grilled cheese sandwich.

As GamePolitics points out, just about any gamer with a full-time job and a loan could have scooped up the always troubled publisher, Midway. Unless, of course, said gamer wasn't prepared to take on $70 million worth of debt. Fortunately for the board of directors, such a brave soul exists as investor Mark Thomas has purchased 87% of Midway Games Inc from Sumner Redstone of National Amusements Inc for a paltry estimate of $100,000 at $0.0012 per share.

To pay $100,000 for $70 million in debt may not make a lot of sense on paper, but the deal could be mutually beneficial in the long-run. Sumner, while facing a significant loss on the sale, will receive a massive tax benefit to the tune of roughly $800 million in the next year, which will go towards the $1.6 billion debt of his company, National Amusements. As for the investor, Mark Thomas, only time will tell. He will either go on to snatch victory from the jaws of defeat, or deal to Midway its final fatality.

Should Midway be put up for sale once more, we here at The Escapist are prepared to open up a PayPal account to which you can donate $5 towards the purchase of the publisher. From there, Mortal Kombat sequels until the day the Sun explodes or we go bankrupt on a group trip to Tijuana.