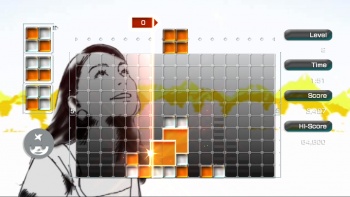 Tetsuya Miziguchi, the creator of Lumines and Rez, is working on a new music game for the Wii.

Miziguchi himself revealed the game, titled QJ, at Atari's recent Atari Live press event. Reports from the affair were scant on details regarding QJ, aside from the title and that Miziguchi expressed a hope that the title will deliver a new type of experience by utilizing the Wii's motion controls.

The announcement of QJ aside, the partnership between Atari and Miziguchi's studio Q Entertainment will bear further fruit in the form of Q3 (pronounced "Cubed"), a boxed compilation of some notable works from Miziguchi's career, including Rez HD, Lumines Live and Every Extend Extra Extreme. All three games were previously released on Xbox Live Arcade, and will be packaged with all released downloadable content. The Q3 set will run for 20 Euros (about $40 USD) and has no set release date.