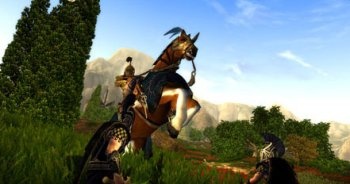 Funcom has posted new information about the upcoming Age of Conan server merge, scheduled to begin sometime this week.

The merge will be spread out over the next few weeks in order to help ensure that things go smoothly, according to a forum post by U.S. Community Manager Glen "Famine" Swan. The U.S. servers "Bloodspire" and "Hyperborea" will be the first to be merged, while details regarding the remaining servers will be released shortly. Swan also noted that while the process is being handled in small groups, all servers in the territory of the merging servers will be unavailable while the merge takes place. Funcom is uncertain how long the game will be down while this happens, but Swan said the company expects the downtime to be "longer than usual," with a guess of around five to six hours per merge.

Funcom also plans on opening "fresh start" servers in both the U.S. and E.U. for players who want to begin the game in a "totally new environment" with a new community, rather than joining one of the more crowded, merged servers. Swan added that transfers to these servers would not be allowed.

E3 2007: Age of Conan and The Case of the Disappearing Internet Connection Joe 0 Comments
Comments on