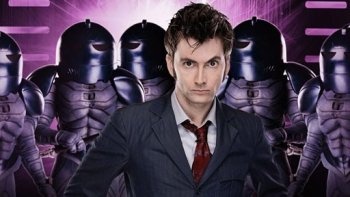 A U.K. group dedicated to the advancement of women in science has launched a campaign to have the new Doctor Who portrayed by a female.

David Tennant, who plays the current Doctor in his tenth incarnation, announced in October that he would not be returning to the show following two five-episode specials that will air in 2009 and early 2010. Speculation about who will take over the role has run high, with the Telegraph citing David Morrissey as the current favorite, but the U.K. Resource for Women in Science, Engineering and Technology believes the time has come for a woman to take over the role.

"There is a distinct lack of role models of female scientists in the media and recent research shows that this contributes to the under-representation of women in the field," a UKRC representative said. "The UKRC believes that making a high profile sci-fi character with a following like Doctor Who female would help to raise the profile of women in science and bring the issue of the important contribution women can and should make to science in the public domain."

A Facebook group has been set up in support of the cause, along with an online survey seeking public input on who should take over the role, with names like Alex Kingston, Helen Mirren and Olga Kurylenko being bandied about as possible candidates. "Dr. Who, as a character, has metamorphosized through the years, as he has physically - from the old professor through to the more modern young energetic," said UKRC member Juliette James. "I think it would work - but I think she would need a male assistant to balance it - one of, potentially, the same status as the doctor, just different expertise."

First airing in 1963, Doctor Who was recognized by the Guinness Book of Records in 2006 as the longest-running science fiction television show in the world. Ten actors have portrayed the time-traveling Doctor over the years, explained by his ability to regenerate his body when near death, an act which results in both physical and personality changes, although his principle characteristics remain the same. As a result, the metamorphosis that accompanies Tennant's departure could also be used to insert a female character.