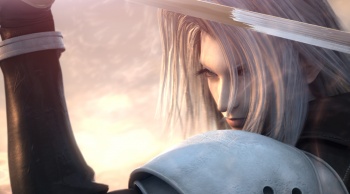 Square Enix is looking to make a bid for acquisition of the struggling publisher, but faces stiff competition from Warner Bros.

Despite Warner Bros' apparent upper hand in this affair, Square seems to be showing that it's not playing around, either. Global president Yoichi Wada has visited the studios of Hitman developer IO Interactive in Denmark already, and plans to visit the UK soon to push things forward. "I think Warners will still win, but it's very interesting that Square have expressed this late interest," an insider told MCV. "They are clearly looking for Western talent."

Square could also opt to only acquire key portions of Eidos, like particular franchises or studios, though it seems that Eidos shareholders would prefer a total buyout to maximize their gains.

Recent times have found the Japanese juggernaut struggling to expand its success to the global market. Titles like Final Fantasy XII, Infinite Undiscovery, and most recently, The Last Remnant, have been met with varying success but overall none have established Square in the position of global dominance to which it seems to aspire. Acquisition of Eidos' key Western franchises like Tomb Raider and Deus Ex could mean significant progress in the Western world for Square.