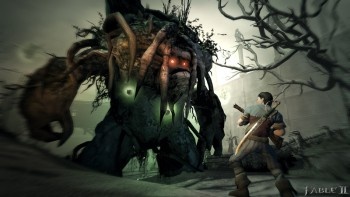 It's now well over a month since Fable 2's release, and a patch fixing some of the buggier aspects of Lionhead's epic Xbox 360 RPG is nearly complete.

Fable 2 players who've encountered all manner of bugs ranging from minor graphical issues to game-crashing glitches (ahem, Oakfield) can expect many of their complaints will be addressed in the forthcoming patch currently in the works. Lionhead Studios has yet to give a firm date for when the patch will be available, but this week it offered reassurance that help is still on the way and provided some of the details for the fix.

"We haven't forgotten about the patch that was promised a while ago, the team sends word that the update is coming along nicely," said Lionhead community manager Sam Van Tilburgh on the developer's blog "These are some of the fixed issues that come up the most on our forums or email, but by no means is it a complete one. The update is currently being tested and finalized, so for those (few) of you having trouble, we're listening to you."

Some of the fixes Lionhead announced for the upcoming patch include:

* The Ritual/Monk's Quest - Fixed the issue with the Abbott becoming unresponsive if you leave Oakfield before he finishes talking. This will fix the problem if you've already hit it, too.

* Guild Cave chest - Resolves any issues with previously inability to retrieve items unlocked from Limited Collector's Edition, website or Chicken Kickin' game. If you've already hit this bug you should now get your items.

* The Spire (Pt2) - No more issues with ship captain being unresponsive.

* T.O.B.Y./Trouble In Bloodstone - You'll no longer get stuck during T.O.B.Y. quests (Bloodstone).

* Your child - Will no longer be chosen as an assassination target.