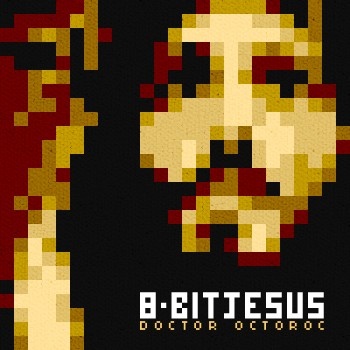 Let's face it: Christmas music has always been a spotty affair. For every Springsteen rendition of "Santa Claus is Coming to Town," you've got Bing Crosby and David Bowie delivering a musical gunshot wound to the head by way of "The Little Drummer Boy." Obviously the genre suffers a bit from the concentrated overexposure we're all subjected to each year, but even the most generous assessment can't deny the fact that some of this stuff is just crap.

But 8-Bit Jesus, a new collection of Christmas music by Doctor Octoroc, is most definitely not crap. Not for everyone, perhaps; these chip-tune versions of Christmas songs, each one done in a surprisingly distinctive style of an old NES game, are aimed squarely at gamers. But for that demographic, this stuff is pure gold: "Super Jingle Bros." is my favorite thus far, but "Silent Knight Man" is really growing on me. And how could you not love a song called "Deck the Kremlin?"

Work on the album has been ongoing for the past few months, and currently nine tracks are completed, representing roughly half the planned total. No word on when the second half is due, but in the meantime you can listen to the first nine tracks individually, or download the entire album in ZIP or RAR format, from doctoroctoroc.com.

Thanks to Justin for the tip.