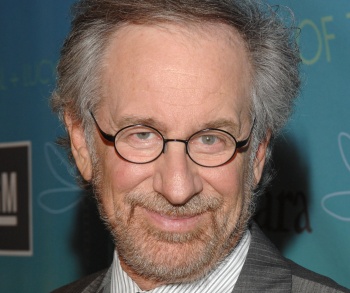 The legendary director comments on what's wrong with videogame storytelling and how filmmakers are learning from games.

As far as gaming goes, it seems Steven Spielberg's no slouch. In an interview with Yahoo! Games, the director responsible for "E.T." and this year's Boom Blox remarked on his affinity for Rock Band drums and expressed admiration for the Medal of Honor series. He's also currently playing Call of Duty 4. The one thing he can't stand about videogames, though? The cutscenes.

"You know the thing that doesn't work for me in these games are the little movies where they attempt to tell a story in between the playable levels," Spielberg said. "That's where there hasn't been a synergy between storytelling and gaming."

Spielberg suggested that while the amount of work put into cutscenes was admirable, they're ultimately a wasted effort. "The second the game is returned to you and it's under your control, you forget everything the interstitials are trying to impact you with, and you just go back to shooting things. And that has not found its way into a universal narrative. And I think more has to be done in that arena."

He, did, however applaud developers' efforts to tell stories and establish characters. "It's important to try to invest in these characters you don't get to see when you're playing them," Spielberg said. "But you don't get to see the faces or recognize the foxhole buddies when you're just targeting the enemy. Yet I applaud them for at least attempting to tell a story."

Spielberg also remarked on the growing influence of games on filmmaking, citing examples like "Wanted" and "The Bourne Ultimatum" as having "a lot of videogame savvy". "I think filmmakers are learning things from videogames," Spielberg said. "Movies are starting to look more and more like videogames, like the digital introductory teasers videogames give you before they turn control over to the player."