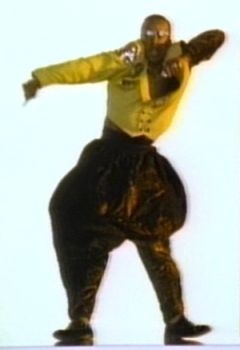 MC Hammer, the baggy-pants icon of the 90s, is threatening to hurt us with some kind of "secret deal" with Activision.

The rumor got its start on Hammer's own Twitter page, where on December 14 he wrote, "I got one day to recover ,then it's LA to Activision to get a glance of a top secrete[sic] project on Monday...Cannot wait !!!" What's the "secrete" project? Nobody knows, but earlier today he followed up with another Twitter, writing, "Activision was fantastic ...action !"

Not much sport in poking fun at Hammer's secretions, I suppose - Twitter is more about brevity than accuracy, after all - but what could he be working on at Activision? His music doesn't strike me as particularly well-suited to a Guitar Hero translation, so that's probably out. And since Activision cut 50 Cent: Blood on the Sand out of its plan, any kind of uniquely horrendous hip-hop crossover project is out of the question. Could that mean Hammer's getting a title of his own?

We've dropped a line to Activision to inquire, but there's no harm in some idle speculation while we wait for an answer. My own guess: You start by winning the game as a maxed-out character with high-level equipment, and then have 30 hours of real-time to blow it all and work your way back to level one, at which point you'll be equipped with nothing but a dirty shirt, baggy pants made of burlap and an autographed photo of Ice-T.

No matter how you look at it, there's really only one thing to be said: Please Hammer, Don't Make This Game.

Thanks to Destructoid for the warning.