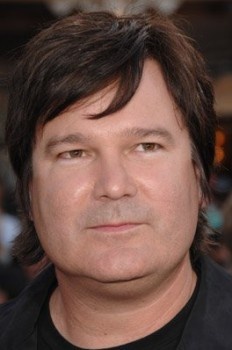 Straight from the Department of Creative Bankruptcy comes news that Universal Pictures and Pirates of the Caribbean director Gore Verbinski have acquired the movie rights to a story about a guy who married his Second Life girlfriend while he was still married in real life.

The story originated in a Wall Street Journal article entitled Is This Man Cheating On His Wife? It told the tale of Ric Hoogestraat of Phoenix, Arizona, an avid Second Life player who became engaged in a virtual relationship with fellow Second Lifer Janet Spielman. The two own a pair of virtual dogs together, pay an in-game mortgage and "spend hours shopping at the mall and taking long motorcycle rides." In mid-2007, Hoogestraat asked Spielman to marry him in the game and become his "virtual wife."

None of which sat very well with Sue Hoogestraat, his first-life wife. "It's really devastating," she said. "You try to talk to someone or bring them a drink, and they'll be having sex with a cartoon."

Hoogestraat defends Second Life as just a game, albeit one he spends six hours a night playing. He said he has never actually spoken with his online spouse, even over the telephone, and that they have no plans to meet. But that's of little comfort to the real Mrs. Hoogestraat, who said, "It's sad. It's a waste of human life. Everybody has their hobbies, but when it's from six in the morning until two in the morning, that's not a hobby, that's your life." Ironically, Sue and Ric met online three years ago through a computer chat room.

Now, Verbinski and unnamed executives from Universal have decided that this is a story worth a Hollywood retelling. Steven Knight, who wrote the screenplay for Eastern Promises, has been hired to come up with a screenplay based on the original Wall Street Journal article.

I really don't know what else to say about this except to rail viciously at the spiraling worthlessness of the Hollywood film industry. Does anyone think this is a good idea? That this vaguely sad but otherwise entirely unremarkable story somehow has the makings of a big Hollywood blockbuster? I don't particularly care about Verbinski or the movies he churns out, but this is the man who's been handed the reins to the BioShock film. What hope can we have for that if this is the kind of thing he thinks will put butts in seats at the local Cinerama?