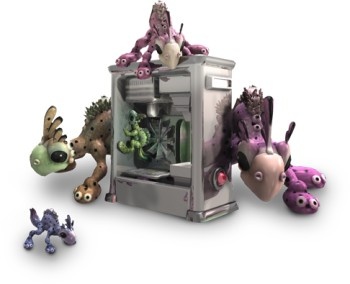 It's a bit late, but EA has finally got around to releasing a tool that will "de-authorize" Spore installations so the game can be more easily reinstalled in the future.

In a classic case of "better late than never, but not much," the tool has arrived three months after EA vowed to ease off on Spore's DRM restrictions in the "near future." With the tool, Spore installations can be de-authorized at any time, even without uninstalling the game; if that happens, and the game is launched again in the future on that machine, it will attempt to automatically re-authorize.

Unsurprisingly, however, there are limitations to the tool's capabilities. It only works with current installations, so installations on older machines that were not cleared with the tool remain unavailable without a call to EA's customer service department. The limit of five systems on which the game can be concurrently authorized also remains in place, and naturally it will do nothing to address complaints about hardware and software incompatibilities with SecuROM.

On the upside, the tool will help ensure that authorizations aren't unnecessarily lost to system upgrades; owners who install a new video card, for instance, only need to de-authorize the game with the tool, install the card and then start the game, at which point a new license will be automatically created.

EA's new Spore De-Authorization Tool can be downloaded here. To learn more, have a look at MaxisCactus' message at Sporedum.