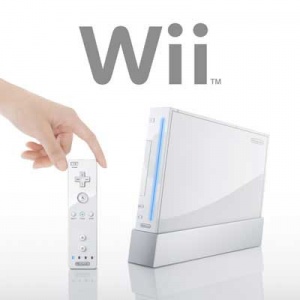 Moms might be tempted to buy Nintendo's latest console, but they should probably take a common sense test before trying to buy from the Wii's Virtual Console.

One would think that the difference between a DVD player or game console and a cash register would be nearly universally understood at this point in history. Yet the story of how one mom lost three credit cards inside her Wii console proves that one should never assume that the customer knows how to properly use the equipment he or she is buying.

The neighbors of one NeoGAF forum-goer, a couple with young kids, decided to purchase a Wii for the family for Christmas. Failing to buy anything other than a Classic controller and carrying case, "HUELEN10" recommended the family try Animal Crossing: City Folk with Wii Speak and some Virtual Console titles, downloadable games for the Wii.

When the mother of the family asked HUELEN10 how the Virtual Console worked, he explained, "I told her that all she needed to do was put in her credit card when prompted on the Shop Channel, and get the amount of points she wanted."

Somehow these directions were misconstrued and taken far too literally, as shortly thereafter, HUELEN10 received a call revealing, in his words, "SHE PHYSICALLY PUT 3 CREDIT CARDS INTO THE DISC SLOT. HOW STUPID DO YOU HAVE TO BE?!?!?!?!?!?!?!?!"

Indeed, this woman believed that her videogaming machine doubled as a credit terminal by night.

"I told her she has to cancel her cards and call Nintendo for a $75 repair, and now she expects ME to pay for this," ranted HUELEN10. "Seriously, she put in 1, and thought that that one could not be accepted, so she kept putting them in and they will not come out. I might try to remove them tomorrow with her hubby while she is away on a business trip."

If there is anything to learn from this bizarre experience, it's the some people will never quite understand modern technology and yet, somehow, these same people are intelligent enough to have careers that offer business trips.