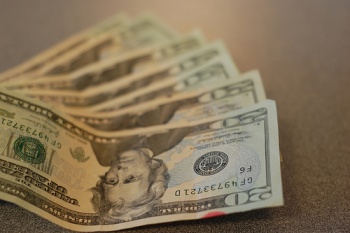 Sony and Microsoft have preempted the usual NPD sales figures for December 2008 with their own self-congratulatory announcements: the PS3's sales were up 130% from last year, but it still couldn't close the gap with rival Xbox 360.

Ian Jackson, SCEA's VP of Sales, told CNET that the PS3 had seen sales increase by 130% for the holiday season, and an overall growth of 40% for 2008 as a whole. He called 2008 "(A) pivotal year for PlayStation with the best software line up in the industry, a dramatic expansion of PlayStation Network including the launches of the video delivery service and the beta of the PlayStation Home."

It's certainly true that experiencing that type of growth is some good news for Sony (who needs all the good news it can get after a less-than-stellar November), but Microsoft fired back with the announcement that the Xbox 360 had sold 28 million consoles worldwide - widening its lead over the PS3 to 8 million units. Of course, the 360 still has quite a long way to go if it wants to even be in the same neighborhood as the massive 100-million-strong install base of the PlayStation 2 (which was still the most-played console in 2008).

Also, the Wii is probably still crushing both by increasingly-ludicrous margins, but hey - we'll get some official, third-party figures next week when NPD releases its numbers, and then we can look forward to the post-NPD PR spin instead of the pre-NPD PR spin.

All kidding aside, the fairly strong figures for the 2008 holiday season for all three entrants in the console war is a rare bright spot in an otherwise gloomy economic forecast - even if the games industry isn't recession-proof like many were predicting, perhaps it's showing itself to be recession-resilient.

MovieBob - Intermission: A Winner Is You MovieBob 96 Comments
Comments on