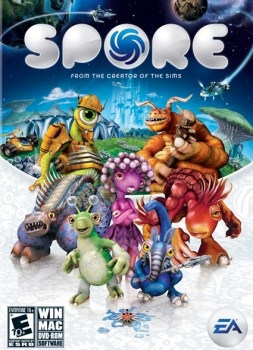 The Federal Trade Commission is holding a town hall meeting to discuss digital rights management and its impact on consumers, and they're looking for input from you!

Copy-protection schemes have never been much fun but 2008 was a particularly rough year for both consumers and game publishers. Electronic Arts was at the center of the storm: After stirring up the pot by announcing that Mass Effect would use a recurring validation system (a decision which was later reversed) EA then dumped it in gamers' crotches by releasing Spore with some of the most restrictive DRM ever seen. At launch, Spore could only be installed on three PCs, and each copy was good for only one online account, meaning that each member of a family, for instance, would have to purchase his or her own copy of the game in order to play it separately.

EA eased up a bit on the restrictions following the game's release, and even got around to releasing a "de-authorization tool" in December 2008, but the damage was done: Consumer rage blew up in EA's face, ranging from angry forum posts to class-action lawsuits, and while the company stood its ground it became increasingly clear that this wasn't going to just blow over anytime soon. Meanwhile, the ironic icing atop the angercake came in December with the news that after all the effort and trouble, Spore was still the most pirated game of 2008.

The hullabaloo has finally caught the attention of the U.S. government in the form of the Federal Trade Commission, which will hold a town hall meeting on March 25 at the University of Washington School of Law in Seattle, Washington. The event will include demonstrations of DRM technology as well as panel discussions regarding legal issues, the impact of DRM on consumers and the possible role of government in protecting consumers from undisclosed DRM.

"Digital rights management (DRM) refers to technologies typically used by hardware manufacturers, publishers, and copyright holders to attempt to control how consumers access and use media and entertainment content," the FTC said in the town hall meeting notice. "Among other issues, the workshop will address the need to improve disclosures to consumers about DRM limitations."

The need to "improve disclosures" is highlighted, again, by Spore. While EA made no secret of the fact that the full release version of Spore made use of SecuROM, it failed to inform people that the free trial edition of the Spore Creature Creator also installed the software. SecuROM is notorious for causing problems on some PC configurations, and EA's failure to inform consumers of its presence in the freely-distributed trial program resulted in a class action lawsuit in October 2008 which claimed the company engaged in "deceptive and unlawful conduct in designing, marketing, distributing a computer game demo that contains undisclosed and unconsented to Digital Rights Management technology."

People unable to attend the meeting in Washington can still contribute: The FTC has provided a form to submit "written comments or original research" which may be brought up at the meeting, while at the other end of the spectrum, individuals can also apply to become directly involved in the process. "The Commission invites interested parties to submit requests to be panelists and to recommend other topics for discussion. The requests should be submitted electronically to [email protected] by January 30, 2009....The Commission will select panelists based on their expertise and on the need to represent a range of views."

Is this a first step toward real change in the way companies view not only DRM but the very nature of their relationships with consumers? The involvement of the FTC gives the proceedings a certain gravitas, but people who expect major publishers to simply throw in the towel are bound to be disappointed. At best, I'd hope to see meaningful progress toward a DRM notification system, perhaps something similar to ESRB ratings labels. Government involvement may not be necessary, but as the ESRB has shown us, sometimes the threat of government involvement is necessary to get things done.