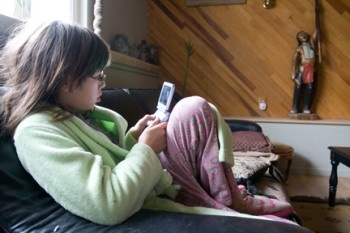 Kids are more interested in playing videogames than any other form of digital entertainment, according to a new study conducted by the NPD.

The report, titled Kids & Digital Content III, surveyed children aged 2-14 who use digital entertainment devices, like cell phones, computers, portable media players and videogame systems. Despite the ubiquity of computers and phones and the relative higher price of entry, videogames emerged as the most popular among the kids surveyed. 85 percent reported using videogame systems, while 60 percent use portable music players.

Not surprisingly, the study showed that digital content consumption among children has increased in the last year. Interestingly, though, it's girls who are driving this trend. Girls are gaming more, and consuming more music, movies and TV via "nontraditional methods" since last year, while the only increase in digital entertainment consumption with boys was for watching TV. "Though it's true that the use of video game systems is driven by boys, the increased use of video game systems is driven primarily by growth among girls, who have gone from 50 percent usage in 2006 to 57 percent in 2008," the NPD wrote.

Games may act as an entry point for younger kids to other forms of digital content, the NPD suggested. "Although the most dramatic increase in usage of these devices happens at about age 9, playing games appears to be an activity that first engages young kids with the digital world," Anita Frazier, an NPD analyst, said. "Our study finds that 82 percent of kids ages 2-to-5 play games on one or more of the devices surveyed." That makes enough sense - you need a certain level of digital know-how and general comprehension to operate a laptop to play a movie or surf the internet, but playing a simple game doesn't take much. And how many of us first used a computer to play a game, and then, after that, learned that it could do other stuff too?

Microsoft Is Making a What? Russ Pitts 12 Comments
Comments on