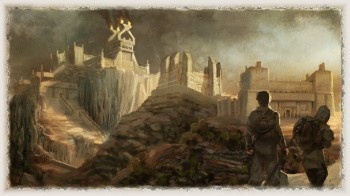 Former Iron Lore lead gameplay designer Arthur Bruno says that console developers are looking for more involved action in their videogames, a point he's keeping in mind as he tries to bring Iron Lore projects back to life as part of Crate Entertainment.

In a recent interview, Bruno said that while "treasure hunting and statistics-based character progression" can be an addictive form of gameplay, console gamers demand more "sophisticated" action than their PC counterparts. The statement struck me as somewhat counter-intuitive, and when I asked him about it he agreed that it was confusing on the surface. "I'd clarify by replacing 'sophisticated' with 'involved' and say that it strictly is directed at 'action' and not 'gameplay'," he said. "This is all subjective of course, but my observation is that the PC audience traditionally has been more demanding of sophisticated gameplay so far as it relates to depth and complexity of gameplay systems. The console audience generally is receptive to more simplified gameplay systems that are easier to learn. However, action-style gameplay is something that generally works better on consoles because of the controls."

"So I wouldn't say that console gamers demand more sophisticated gameplay, but consoles do support better action-combat mechanics with the ability to simultaneous control multiple thumb-sticks and easily access buttons / triggers," he continued. "Console controllers generally allow the player to control more at once without moving their hands when it comes to action-style gameplay."

Following the release of the action-RPG Titan Quest and its expansion Immortal Throne, as well as working with Relic on Warhammer 40,000: Dawn of War: Soulstorm, Iron Lore was forced to close its doors in early 2008 after being unable to find funding for its next project. Bruno joined with fellow Iron Lore alumnus Eric Campanella to form Crate Entertainment shortly after the shutdown, and in this new venture the pair are working to revive some of the projects Iron Lore was developing when the plug was pulled and bring them to a new audience of Xbox 360 gamers.

"One of our real goals is to take the solid game play we established in Titan Quest and repackage it to make it sort of grittier and more appealing to the mainstream audience," Bruno told Mass High Tech. Work on the game is taking place via a "cooperative arrangement" with independent developer Demiurge Studios, which has previously assisted on games like BioShock, Mass Effect, Titan Quest and Medal of Honor: Airborne.

"We're trying to evolve the action to something that will bring the RPG to its next level," Bruno said, adding that Black Legion will feature innovations not seen in Titan Quest, including online PvP combat. Crate has also purchased the rights to another Iron Lore project in development, although Bruno wouldn't reveal any details regarding that title, nor did he disclose which publishers had received the Black Legion demo.