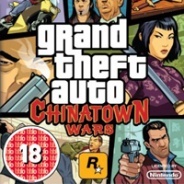 Grand Theft Auto: Chinatown Wars has been confirmed as the platform's very first 18 rated game in the UK.

MCV reports that the latest installment in the juggernaut of the GTA franchise is the Nintendo DS's first and only 18-rated game.

A sneaky peak at the BBFC entry for the game shows that it passed without the need for edits and contains nearly three hours of cutscenes, oh and apparently it contains 'very strong language and drug references'.

Whether this will open the door for more adult-themed DS games isn't clear, but it's nice to see that there is room in Nintendo's 'family friendly' policy for the occasional foul-mouthed junkie.

Grand Theft Auto: Chinatown Wars is released in March in the UK and North America.