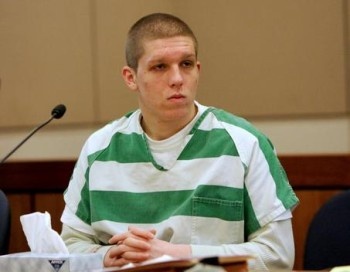 A teenager who claimed that his addiction to Halo 3 caused him to shoot and kill his mother and wound his father has been convicted of the crime.

Daniel Petric was 16 years old at the time of the murder, which reportedly resulted from a dispute over his parents' refusal to let him play Halo 3. The teen bought the game anyway and was caught trying to sneak it into the house; his parents took it away from him and put it into a lock-box in their closet, in which they also kept a 9 mm handgun. According to prosecutors, Petric later went to the box, retrieved both the game and the gun and then shot his mother and father in the head. He then tried to blame his father for the shooting by pressing the gun into his hand and telling his sister and brother-in-law, who arrived at the house shortly after the shooting, that the elder Petric had pulled the trigger; his father ultimately survived but his mother died of her injuries.

At the trial, Petric's defense attorneys admitted their client had shot his parents but claimed that a bad snowboarding accident a year prior had left him effectively disabled and stuck at home with nothing to do but watch television and play videogames, and that his resulting "videogame addiction" and young age diminished his responsibility for the crime.

But earlier today, Lorain County Judge James Burge rejected the claim, saying that videogame addiction isn't a valid defense and also noting that there was evidence of premeditation in the killing. Petric was convicted of aggravated murder, aggravated attempted murder and other charges, and now faces a maximum sentence of life in prison without parole. No sentencing date has been set.

Going Gold #4: These Go To 11 Christian Ward 30 Comments
Comments on