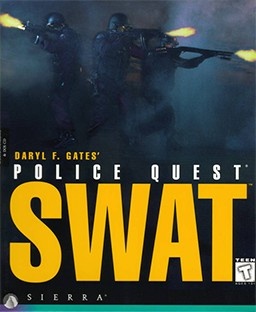 Two men in Denmark received a nasty surprise when their noisy gaming session was interrupted by the police - in the form of a full-scale SWAT raid.

The pair were heavily involved in an unnamed PlayStation 3 game with the volume cranked wide open, according to a story on QJ.net, leading a concerned neighbor to call the police. But the call wasn't an every-day noise complaint: The neighbor apparently mistook the ruckus for a real-life gun battle, because shortly thereafter a SWAT team showed up. Who knew Denmark had a SWAT team?

Anyway, the unit took up positions and called the duo out with a megaphone. Since they weren't actually doing anything wrong besides playing the game a little too loudly, they surrendered immediately and were arrested on suspicion of shooting up the place. The apartment was searched and no weapons were found - just a really kick-ass sound system - and the men were later released, probably with a warning to keep it down - or to buy some headphones.