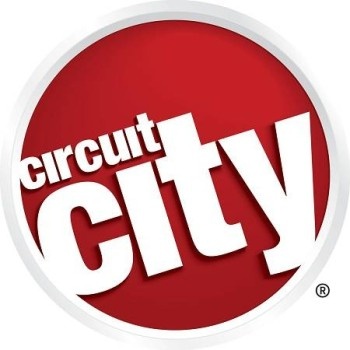 The ugly struggle is over - Circuit City, the second-largest consumer electronics retailer in the U.S., has failed to find a buyer and will liquidate its remaining stores.

"We are extremely disappointed by this outcome," said acting CEO James A. Marcum. "We were unable to reach an agreement with our creditors and lenders to structure a going-concern transaction in the limited time-frame available, and so this is the only possible path for our company." The company had been seeking either a buyer or a deal to refinance its debt, but the current economic climate made the task impossible. Also extremely disappointed, presumably, are the roughly 30,000 Circuit City employees who now find themselves joining the ranks of the unemployed, as well as shareholders in the company who will probably get nothing for any shares in the company they own.

Circuit City has been struggling for some time now, cutting jobs and closing 155 stores in early November, then filing for Chapter 11 bankruptcy protection shortly after. One of the most oft-repeated tales of the company's woes claimed that Sony, worried about the company's inability to pay its bills, halted in-transit shipments to Circuit City stores across the country and had them return their cargo to Sony warehouses, a jarring reminder of just how bad things had become.

Marcum had warned in an email posted on January 9 that the company would be forced to liquidate if it failed to reach a deal soon. "There's no way to sugar-coat this, so out of respect for you I'm going to be completely honest: If no sale agreement is approved, then the company will be forced to liquidate beginning soon after the hearing on the 16th," he wrote. "I'm sure this news will shock many of you because we're doing the right things to move our company forward and are making solid progress in improving our operations."

But those "right things" weren't enough to keep the operation afloat. Alan L. Wurtzel, son of company founder Samuel S. Wurtzel, described the situation as "very, very sad," adding, "I feel particularly bad for the people [who] are employed or until recently were employed." The company's Canadian operation, running primarily under The Source By Circuit City name, will continue to operate, although its ultimate fate remains unknown.

Despite the collapse, Growth Ventures Group CEO Love Goel said it was possible the Circuit City name could live on if a bidder bought the company out and restructured it as an online retailer with few actual stores. "This would eliminate overhead costs, vendor conflicts and other issues," he said. "Circuit City has an almost $1 billion online business. So there is a future for it in that regard."