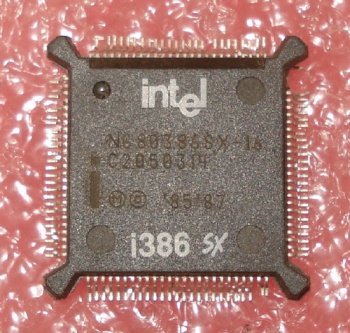 The slowing demand for computers has knocked Intel's profits from $2.3 billion to $234 million in the last quarter.

The Christmas period is usually a boom time for Intel, with children holding their parents hostage for a new computer, but the chip manufacturer suffered a 90% drop in profits as sales slid 23% down to $8.2 billion.

Even the New Year won't see any great improvements; the company has only predicted sales of $7 billion for this first quarter.

For the fourth largest chip manufacturer in the world, this is dire news, but it's not all due to lower sales: $1 billion of the lost profits was due to a writedown value of Intel's investment in Clearwire.

Clearwire is working on a wireless broadband that can be incorporated into chips, but there are fears that the credit crunch and the growing popularity of smaller net-book computers, which use lower profit margin processor chips, will impede its business plans.