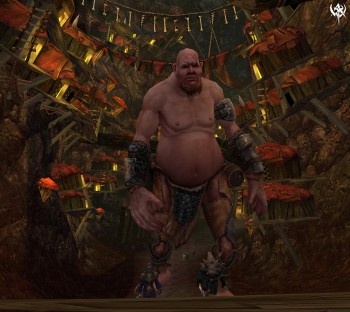 Mythic's Mark Jacobs has responded to rumors that Mythic is losing a large chunk of its staff as a result of company-wide layoffs.

Though Jacobs did not deny the rumors, which claimed the studio had lost 21 customer service employees, half of the QA department and all playtesters, he was quick to reassure fans that the situation was not that dire. "It isn't any more complicated than that other than to say that we have a very large studio and pretty much every person there has been and will continue to work on WAR for quite a while (meaning we haven't started work on another game yet)," Jacobs said in a post on the Mythic forums. "Oh, and the whole (OMG, we're losing 1/2 the developer (or even of the total team) thing) is total nonsense."

Jacobs declined to give any specifics, but indirectly confirmed that there have been layoffs by pointing to Electronic Arts CEO John Riccitiello's remarks that the company needs to cut costs across the board and that all studios are "expected to do their fair share" as a reference point for what Mythic was going through.

He also responded to fan concern that the layoffs were hitting quality control the hardest, a department that Mythic sorely needs for the decidedly buggy Warhammer Online. "Yeap, I'm aware of the bugs and we had hoped to get them in a patch before winter break but we couldn't," Jacobs said. "Lots of incoming bug fixes with the next major patch as well as lots of other stuff. Like I said, I wish I could talk more about things like possible/actual layoffs but I have very specific guidelines I need to follow right now in regards to this topic."

Aside from addressing how his own company was being hit, Jacobs also expressed concern for the future of the industry in general. "I want this industry (and not just our part of it) to continue to grow and to see some of the things that are hapenning around it is tough," he said. "We always bear our share of the burden (if the games industry doesn't make great games, it's our fault) and I think the [games industry] needs to change its ways as well and I hope this downturn will help/force us to do just that."