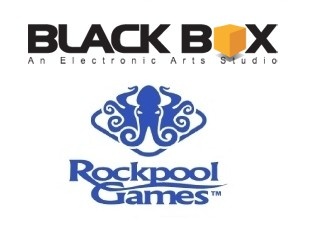 It's getting ugly out there: Electronic Arts has confirmed the layoff of 200 employees from its Black Box studio in Vancouver, while Eidos has shut down the Manchester-based Rockpool Games.

EA Black Box, acquired by Electronic Arts in 2002, is best known for its work on the Need For Speed franchise as well as the recently released Skate 2. Speculation about the closure began in early December following the weak performance of Need For Speed: Undercover, and was confirmed just prior to Christmas when EA said the Black Box operation would be consolidated with the EA Canada facilities in Burnaby, British Columbia. Specific numbers weren't revealed at the time of the announcement, but EA now says that only 150 of the studio's 350 employees will be offered jobs elsewhere in the company.

While EA Black Box appears to be finished, representatives of U.K.-based EA studio Criterion Games, developer of the Burnout series - a Need For Speed competitor - said that studio, as well as the EA UK operation in Guildford, would not be affected by the cuts.

Unfortunately, the Eidos-owned Rockpool Games studio isn't so lucky. The publisher announced that it would be closing the Manchester-based studio, laying off 14 people. Eidos only acquired the studio in early 2007 as part of an effort to break into casual gaming, but tough times at the company, most recently in the failure of Tomb Raider: Underworld to sell to expected levels, have apparently resulted in new priorities.

"As a company we need to focus our efforts on high-quality titles that will deliver long-term franchise value, and in these incredibly challenging and competitive times we need to pro-actively manage our cost base," an Eidos rep told Develop. "This decision was a difficult one to make and we would like to thank these employees for their hard work and we wish them well in their future careers."