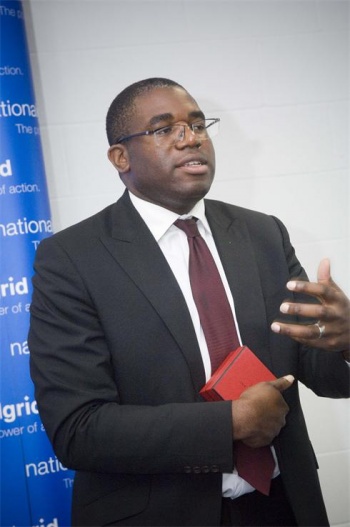 UK internet users who illegally share and download pirated material will not see bans from ISPs according to the Intellectual Property Minister David Lammy.

Lammy has been reported as saying that such a ruling would be hindered by legal complexities. "I'm not sure it's actually going to be possible," he said.

His comments come ahead of the government's Digital Britain report, a document that will detail suggested policies for the Cabinet to take on a number of issues, including illicit filesharing.

The Digital Britain report itself is part of the English answer to Europol's five year plan and is being written by Lord Carter, who you may remember from his perverse incentives.

The DB report is also allowing for the creation of the Rights Agency, which would monitor and aid ISPs in blocking suspected filesharers. Most ISPs are against the idea, as trying to locate anyone illegally sharing software would be the equivalent of looking for any number of invisible needles in any number of invisible haystacks.

Last year the Culture Secretary Andy Burnham said that the Government had "serious legislative intent" to enforce ISPs cut off illicit filesharers, while today Lammy suggested otherwise. "We can't have a system where we're talking about arresting teenagers in their bedrooms. People can rent a room in a hotel and leave with a bar of soap - there's a big difference between leaving with a bar of soap and leaving with the television," he said.

An unnamed music industry figure responded to Lammy's comments from a different angle: "The relative cost of stealing a bar of soap from a hotel might be small, but if it came to seven million people nicking the soap each year, which is what we have in the music industry, I'm sure that hotel chain would do something about it."

In essence, the government is trying to regulate ISPs through this Rights Agency and the ISPs simply don't want to be regulated. British Telecom, a leading UK ISP, says that "we're still hopeful that an amicable solution, without the need for legislation, can be reached. It doesn't make sense to try to get people online and at the same time scare them away."