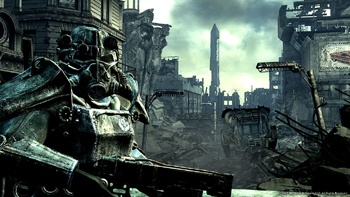 The Australian press is having a meltdown over a virus that can infect your cell phone, but don't worry - you don't need to head for the Vault just yet.

Being one of the first trojans on a mobile is quite interesting, but the Australian press took it a little too seriously. The Couriermail led with:

A MOBILE virus that commands phones to text premium services set up by cyber criminals is on its way to Australia - and one call can spread the virus.

While anyone in IT would question how one call could spread a virus, The Daily Telegraph bolsters it by saying:

The virus code, written for the Symbian operating system used by most mobiles, secretly texts a premium number run by cyber criminals.

Now, before you start stockpiling canned goods and ammo, there are a few things to keep in mind. This infection can only happen if the user has already installed a Python interpreter (if you don't know what that is, then be assured that you haven't installed one), agrees to install the unknown application, and then agrees for that application may send a text message to the "cyber-criminal's" number, draining you of maybe 45 cents, and revealing their number.

However, if you are even slightly worried, Kapersky has coincidentally made the patch free on the Barclays website.

But in these days of Michael Atkinson's doom-mongering, it's refreshing to know that some people still don't have a clue.

One Must Live Through It Russ Pitts 21 Comments