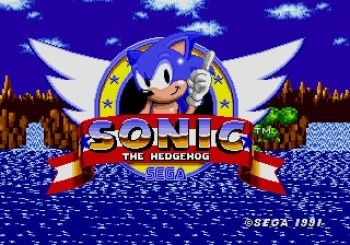 Used game sales are a fact of life, according to Sega Europe President Mike Hayes, and while he may not like it, he's not willing to get behind any serious effort to stop it.

"The whole second-hand games market is one of those very, very sensitive areas that I've got to say Sega keeps a pretty low profile on - and I'll tell you why," Hayes said in an interview with GamesIndustry. "I know that there are publishers that are vehemently, aggressively against it. My reluctant view is that while I can understand that, if publishers were to try and enforce a non-second-hand market to the consumer, I think there would be relationship damage with the consumer."

"Of course, commercially, do I support it? Of course not, and I have to think here of the 650 people we employ at Sega Europe," he continued. "However, do we have a successful business working with the retailers that offer that service? Yes, we do. So would I ever join a campaign to get it stopped? The answer is no. Do I like it? The answer is no. I may be sitting on the fence here, but there needs to be a bit of reality on the market."

That "reality," Hayes said, is that used games are "not on our top ten list of things that we need to take action and be concerned about." He took a similar approach to the question of videogame rentals, claiming that Sega has always supported game rentals despite the opposition to it from other members of the industry. But he added that the videogame rental business is still small enough that he doesn't expect publishers to follow the example of the movie industry by providing higher priced rental-only copies of games to retailers.

"If more retailers want to come into that, then an initiative might be looked at. At the moment I think rental is a relatively small part, unlike DVD," he said. "We'll keep a watching brief on it and see if it takes off, and what others like HMV do."

How strangely reasonable is that?