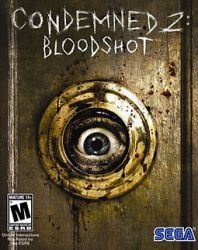 In response to concerns raised by Dr Tanya Byron in her report 'Safer Children in a Digital World', the Advertising Standards Authority assessed 241 game ads in all media between April-June 2008. 99% were found to be perfectly OK.

In this age of shock advertising, it's refreshing to see that one of the most vilified industries is actually far more in touch with what is expected in advertisements.

The ASA took into account scheduling, age-rating, context and content, and found that 240 of the game ads were compliant with advertising standards.

"Our survey is encouraging as it suggests that videogames are being advertised responsibly and in line with the Codes," said the ASA's director general, Christopher Graham.

"The issue raised by Dr. Byron of children's exposure to violent or inappropriate imagery in videogames is an important one. The ASA will play its part in protecting children by ensuring video game ads continue to play by the rules."

These aren't just ads for kiddie games, though; even GTA IV and Battlefield: Bad Company got past the censors for having appropriate age restrictions, despite receiving complaints from worried parents.

The only adverts banned, by the way, were a pair for Condemned 2: Bloodshot, and you can see why.