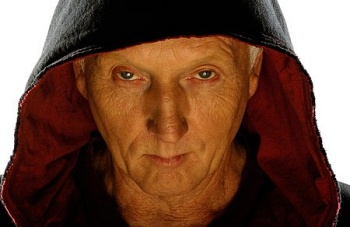 While Brash Entertainment lies paralyzed on the floor, the creepy clown doll has been given a new challenge by Konami. Just in time for Saw 6.

For those that haven't seen the Saw films, the basic premise is that the Jigsaw killer (played by Tobin Bell) sets his victims a set of psychological games to play for their lives, generally resulting in varying degrees of torture and claret.

Though movie-based games are usually pretty terrible, one based on the Saw franchise has the potential to at least provide a scare or two - if handled correctly. An action/adventure putting you in the shoes of a cop tracking down Jigsaw, evoking a feeling similar to Condemned? Intriguing. A platformer where you collect jigsaw pieces or clown dolls? Less intriguing.

Brash Entertainment started work on it, shortly before disappearing with the game unfinished. Now Konami, which laughed off fear with the Silent Hill series, has taken up the task of seeing the game through to completion.

The real challenge will come from retaining the elements that fans of the films love, while balancing against the inevitable backlash from the "OUTRAGED!"; to all of you in love with the creepy clown doll, Tobin Bell will, at least, be providing the voice of Jigsaw for the game.

(If you've never seen Saw, here it is re-enacted by bunnies.)