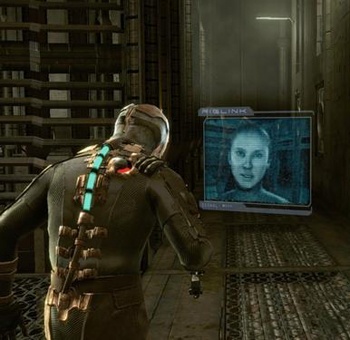 From Star Wars to Dead Space, holograms are a staple of the science-fiction genre, but it could become science-fact in the next five years according to experts.

Holography isn't exactly new, having been invented in 1947 by a Hungarian physicist, but technical limitations have always meant that any holographic appearances, such as Prince Charles' appearance at the World Future Energy Summit, had to be pre-recorded. However, advances in video compression and high speed broadband internet mean that real-time holographic communication may be commonplace in as little as five years' time.

Talking to UK newspaper The Telegraph, Ian O'Connell, director of Musion, a company pioneering the use of real-time holography, said, "This is cutting-edge stuff. One of the main uses we envisage is celebrity cameos at big conferences or concerts... a number of musicians we're talking to want to see this technology used to provide live cameo performances from stars at their concerts."
O'Connell went on to suggest other uses might include long distance learning, or education programs in the developing world.

There are a couple of snags that make the five-year time-scale seem a little ambitious, though. First and foremost is the guaranteed 20 megabit a second minimum broadband speed required, as well as the staggering £250,000 price tag for the equipment and the extra room needed to house it all.

O'Connell acknowledged these issues, but remained confident that it was only a matter of time, saying, "It's going to necessitate a change in architectural design for residential homes for it to be embraced fully. It's going to need a room that can accommodate the screening and delivery technology. But I think we're five years away from holograms being a ubiquitous, affordable tool."