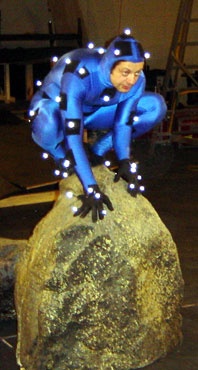 Actor Andy Serkis, who portrayed Gollum in Peter Jackson's Lord of the Rings trilogy, has criticized videogames for having "no heart" but says he expects the medium to make great strides forward in the future.

Despite a long and varied career, Serkis' greatest fame has come from starring roles in two Peter Jackson blockbusters, neither of which actually showed his face: First as Gollum, the tragic and preternaturally hoarse villain in the Lord of the Rings movies, and then as the similarly doomed King Kong of the 2005 remake. He's not entirely foreign to videogames, either; he's no Keith David, but along with providing voices for the videogame adaptations of the aforementioned films he also portrayed King Bohan in the PlayStation 3 action game Heavenly Sword. And while he's optimistic for the future, he thinks they have a long way to go before they reach their potential as a storytelling device.

"Games - there's no heart in them," he said in a recent interview with Babble. "They're not about anything that is lasting. We put so much into the writing of film scripts and plays, but not into games. And games are where the audience is going to be."

"In the next generation of kids, you're going to see a lot of storytelling in games," he continued. "And I think it's important to invest in that. I absolutely think that gaming is a massive storytelling arena in the making and now the technology has arrived to do that. It's a fascinating time."

The rest of the interview, while not game related, is an interesting read, as he talks about Albert Einstein, his role in the 2009 fantasy Inkheart and how his children reacted to seeing him get eaten by a "seven-foot penis with teeth." Give it a look here.