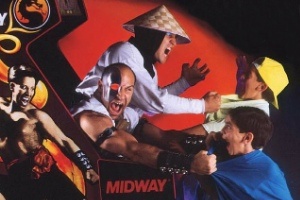 Calling it a "difficult but necessary decision," Midway Chairman, President and CEO Matt Booty said, "We have been focused on realigning our operations and improving our execution, and this filing will relieve the immediate pressure from our creditors and provide us time for an orderly exploration of our strategic alternatives. This Chapter 11 filing is the next logical step in an ongoing process to address our capital structure."

The filing covers Midway and it's U.S. subsidiaries but does not include non-U.S. operations, which will continue to operate normally. The company said an ownership change in November 2008 "triggered accelerated repurchase obligations relating to two classes of Midway debt, which Midway anticipated it would be unable to satisfy." The ownership change in question occurred when Viacom and CBS Chairman Sumner Redstone sold his 87 percent interest in the company to private investor Mark Thomas for $100,000, plus $70 million in debt.

Chapter 11 bankruptcy protection allows companies to continue to operate under the oversight of the courts while reorganizing and making arrangements to satisfy creditors. In some cases, the courts will also provide relief from some or all of a company's debts as part of the process. Ideally, companies emerge from Chapter 11 as stable and viable entities; it is possible for the courts to deny entry into Chapter 11 protection, which can lead to an operational halt and liquidation under Chapter 7 bankruptcy or a return to the pre-bankruptcy "status quo," with essentially the same result, but these cases are rare.