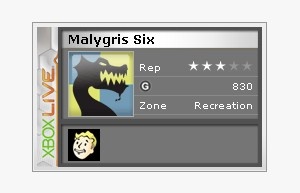 A handful of Xbox 360 owners have been left out in the cold by a design flaw in Xbox Live which has resulted in the accidental deletion of Gamertags and any Achievements that were attached to them.

The trouble occurs when email accounts used to set up Xbox Live Gold memberships expire, as sometimes happens with accounts on free webmail services like Hotmail: If they're not used for anything else, they'll automatically be shut down after a set period of time. Unfortunately for some Xbox 360 owners, when Windows Live ID email addresses expire, they don't go quietly and they don't go alone: Not only is the email address deleted, but so is the Gamertag associated with it along with any and all Achievements the user may have earned over the life of the account.

The problem has been confirmed by a Microsoft customer service rep, who said, "The only alternative is to set up a new Gamertag with your preferred email address." There is no way around the problem, she said, adding that any Achievement points built up on lost accounts cannot be transferred. GamesIndustry has also confirmed the problem "with a relatively small percentage of users" and noted that while it doesn't prevent players from going online with a Silver membership, it will prevent them from upgrading to a Gold account, "effectively blocking any ongoing online multiplayer activity - one of the facets which made the service so popular in the first place." The problem can be identified by the appearance of error code "8015d080" when attempting to make a new subscription.

There may yet be hope for a resolution: Copies of user profiles are stored on local Xbox 360 hard drives and Microsoft has released a statement saying it doesn't have any comment to make at this time beyond the fact that it is "investigating the issue," giving some small measure of hope to optimists like me that long-time Live gamers who lost their Gamertags won't be permanently screwed.

Critical Miss: An Appeal The Wooster 214 Comments
Comments on