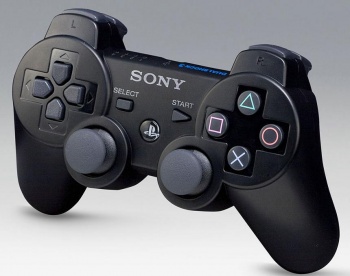 The British Journal of Dermatology has described a new skin condition caused by excessive gaming that it has named "PlayStation palmar hidradenitis." No, we're not joking.

Doctors at the University of Geneva were puzzled when they examined a 10-year-old girl and found that she had sore red lumps on her palms - a condition known as "idiopathic eccrine hidradenitis." Curiously, the condition was only found on her hands - a puzzlement, to be sure, given that idiopathic whatchamacallits is strongly associated with heavy exercise and sweating, and is usually found on the feet.

Upon learning that the girl was an avid gamer, though, the doctors began to suspect that her affliction was related to her daily gaming sessions - specifically, her "tight and continuous grasping" of the console's controller.

Nina Goad, a member of the British Association of Dermatologists, said that her fellow dermatologists should keep this case in mind in the event they encountered any patients with similarly unexplainable conditions, according to the BBC report.

Goad added that the condition was easy enough to prevent: "If you're worried about soreness on your hands when playing a games console, it might be sensible to give your hands a break from time to time, and don't play excessively if your hands are prone to sweating."

Apparently, it's similarly easy to cure: the young girl in question recovered after ten days of - *gasp!* - not playing videogames. Who knew?

Despite the name of the condition, there is no word on whether or not the console in question was actually a PlayStation - one would assume this is not a problem endemic to the DualShock family. So Wii and Xbox owners, beware - you aren't immune!