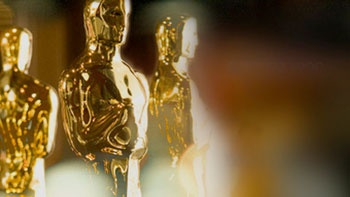 Yesterday, we learned that the man who took home the Visual Effects Oscar at the 2009 Academy Awards was a hardcore WoW guild leader. Apparently, Steven Preeg wasn't the first - last year's Visual Effects winner beat him to it.

At the 2008 Academy Awards, the man who won the Visual Effects Oscar was Bill Westenhofer, the visual effects supervisor at effects house Rhythm and Hues, for his work on The Golden Compass - having previously been nominated in 2005 for The Lion, the Witch, and the Wardrobe.

Like Steven Preeg, who won the Oscar for The Curious Case of Benjamin Button, Westenhofer helps lead a World of Warcraft guild. "I have an 80 mage on Kil'Jadeen [sic]," Westenhofer told Kotaku. He's been with WoW since the very beginning, too: "Been playing since the original alpha testing days and am an officer in a casual raiding guild 'Concordis' on the KJ server."

All tongue-in-cheek humor - and silly coincidences - aside, is it really so surprising that of the eleven million World of Warcraft subscribers, two of them happened to be talented effects artists? I mean, it is kind of a nerdy line of work.

These days, people from all walks of life adventure in Azeroth - personally, I've known guildies whose real life careers have run the gamut from Burger King manager to professional accompanist to FBI agent. I wouldn't be surprised if other Oscar winners and nominees harbored a secret WoW habit ... maybe this will just invite them to speak up.

"There are lots of us out here with the WoW addiction," adds Westenhofer. Dude knows what he's talking about.