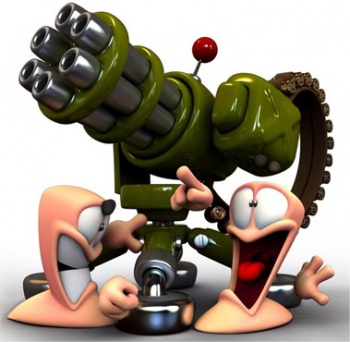 When Mark Taylor's laptop crashed, he thought it might be due to a worm -- which it was, just not the digital kind.

After his laptop crashed, Taylor (of Somerset, England), took it to a technician who flipped the back off and discovered what seemed to be a rubber band nestled in the computer's innards. Having a poke, as technicians do, he was horrified to find out the rubber band was actually an earthworm that had been burned to a frazzle. It had apparently wrapped around the fan when somebody had turned on the computer, causing the fan to jam and the computer to crash.

Not something you'd normally find in a laptop, but Taylor thinks that his cats must have brought it in from the garden. "The worm was obviously looking for a hiding place and must have crawled in through the air vent to get away from my cats," Taylor said. "I couldn't help thinking that people get computer worms all the time, but not real life ones."