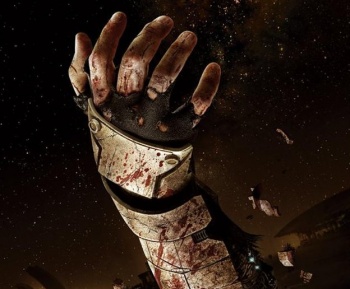 Electronic Arts will be incorporating the Wii's special motion sensing technology in its upcoming on-rail shooter set in the Dead Space universe.

Dead Space: Extraction will be "taking advantage of the MotionPlus controller," EA Chief Operating Officer John Pleasants mentioned today at the Goldman Sachs Technology and Internet Conference. He also commented that the game would follow in the footsteps of the original game and emphasize dismemberment as a large part of its shooting action. "Limbs and Sacks will be flying everywhere, plus we have all new enemies and bosses to test your skills," executive producer Steve Papoutsis later told MTV Multiplayer.

Though Dead Space fans might be expecting about as much out of an on-rails shooter on the Wii as Metal Gear Solid fans are of the similar treatment Metal Gear Solid 4 is getting on the iPhone, Papotsis is quick to assert that this won't be your typical House of the Dead-style shoot-reload-shoot fest, saying it's not just an FPS but "a Guided First Person Experience" in which you'll get to explore multiple paths through levels.

He also mentioned that the game will feature some other game mechanics from the first Dead Space, including the Stasis ability that slows down objects and enemies, and the Telekinesis ability that grants you the power to move around objects in space. Considering that the Wii Remote is already pretty good at letting you point and shoot at things on screen, I'd imagine that this is where the MotionPlus' advanced motion sensing tech, which reads movement in 3-D and allows 1:1 accuracy, would come into play.