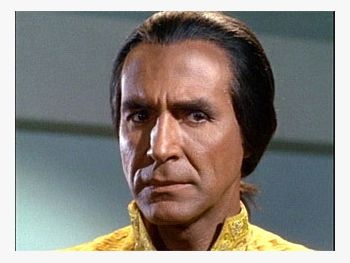 Parents who want to know if their newborn could grow up to be the next Wayne Gretzky now have a new and appalling tool at their disposal: DNA testing that hunts for variations of a gene that could indicate a tendency toward specific types of athletic performance.

For $149, Atlas Sports Genetics of Boulder, Colorado, will send parents a "home analysis kit" which they use to brush the inside of their child's cheek; the sample is then sealed in a baggie and mailed to a lab in Australia, which checks for variations of the gene ACTN3, which some experts believe can predict athletic predilections. One version of the gene, known as the R variant, can result in an increased production of a protein that builds more "fast-twitch" muscles used by power athletes like sprinters, while the X variant blocks that protein, which can mean greater amounts of "slow-twitch" muscles that are more efficient and suited for endurance sports.

While this sort of thing might appeal to parents desperate to live out their failed dreams vicariously through their children, some experts, including genetic experts and coaches, have criticized the screening. "The more we professionalize sports younger and younger, the more we contribute to the youth drop-out rate for sports," said sports psychologist and radio show host Casey Cooper. "My reaction: Save your money because to type your child like this is only going to land them in my office later. And I charge $150 [per session]."

"I think you're opening a Pandora's Box with team dynamics," said assistant coach Chad Onken of the swim team at the YMCA of the Triangle in Raleigh, N.C., which has won six national titles. "You're talking about a small problem that could blow up to something pretty huge."

Onken said that the presence of the gene variant has no bearing on drive and desire, pointing out that some of the Olympic hopefuls and college-scholarship swimmers produced by the Triangle YMCA achieved their success through sheer desire and hard work. "And I can think of too many playground basketball legends who could jump over a backboard but never made it off the playground," he added.

"Why do you want to spend money looking for one gene?" asked Carl Foster, head of the human performance lab at the University of Wisconsin-La Crosse and co-author of a study of the ACTN3 gene. He said that multiple genes drive athletic ability, and scientists are just beginning to figure out which ones are most important. Case in point: The aforementioned Wayne Gretzky, the greatest player in the history of professional hockey, was judged by many early observers to be too small and too slow to be effective in the NHL and was passed over by two teams before being drafted as a 16-year-old.

"They say, 'Well, I want my kid to be the best he can be'," he continued. "Of course. It's God, mother and apple pie. You can't vote against it. But at some point you'd like to say: Maybe just go to the Y and put your kid in a sports class and just see if they like it."