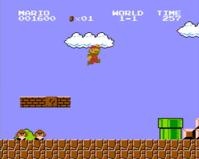 PlayStation 3 gamers with an itch for classic games have seen a huge burst of emulators while promoting Linux hacking on the console.

A year ago, blogger Stevie Novoselac published his how-to tutorial for installing a version of Linux, the open-source operating system, onto the PlayStation 3 hardware.

"Sony makes it really easy to install Linux," explained Novoselac, due to the inclusion of a PS3 setting allowing the partitioning of 10 gigabytes of the system's hard drive for another operating system right in the main OS.

In the past couple weeks, a surge of emulator adaptations for Yellow Dog Linux on the PS3 have been released. Enthusiast Bill Blake has been tracking the updates for these PS3 game emulators. The PS3 supports MAME, SNES, Amiga, DOS, Commodore, NeoGeo and Atari games via the DOSBox, BasiliskII, GnGEo, SNes9X-GTK, and other emulators.

To be honest, I was never aware of how easily the PS3 could be hacked, almost with Sony's permission. It's kind of odd that they would include a disk partitioning option when they fought the PlayStation Portable homebrew community until it could smother all excitement over the device. Perhaps Sony never expected hackers to tamper with such an expensive device to run Super Mario Bros.?