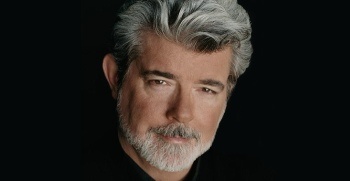 Forget the Star Wars prequels. George Lucas' original concept for the relationship between Indiana Jones and love interest Marion Ravenwood, which involved an 11-year-old Marion having an affair with the 25-year-old Indy, might be the worst idea the man has ever had.

In the Indiana Jones films, the beginning of the love story of Indy and his main flame Marion goes something like this: Indy's the protege of Marion's father, who's a top-tier archaeologist. Naturally, as usually happens when people go on archaeological digs together, Indy, who was in his mid-20s, and Marion, who was in her teens, end up falling in love. The relationship ends when Jones decides to be a jerk and runs off to do his own thing.

That already sounds pretty sketchy, but it seems relatively benign compared to George Lucas' original idea for the relationship. According to the recently released transcript for Raiders of the Lost Ark that documents Lucas, Steven Spielberg and Lawrence Kasdan's brainstorming sessions for the film, Lucas originally wanted Marion to be even younger.

"[Jones] could have known this little girl when she was just a kid," the transcript has him saying. "Had an affair with her when she was eleven."

Shortly afterward, Lucas wants to make her twelve. "He's thirty-five, and he knew her ten years ago when he was twenty-five and she was only twelve," he said. Then, as justification for the age gap, he says that "it would be amusing to make her slightly young at the time."

Amusing? More like illegal, buddy. Anyway, as the transcript goes on, Lucas reveals a fixation on the age gap, even as he seems to become aware that he sounds completely insane and starts suggesting Marion be older. "Fifteen is right on the edge," he said. "I know it's an outrageous idea, but it is interesting. Once she's sixteen or seventeen it's not interesting anymore."

As Cinematical points out, this, along with the Padme/Anakin relationship from the Star Wars prequels, suggests that Lucas really has some kind of fascination with romances with age-gaps. Don't forget the relationship between Luke and Leia, either. That was pretty off, too. George Lucas, a sexual deviant? Never would've guessed it.