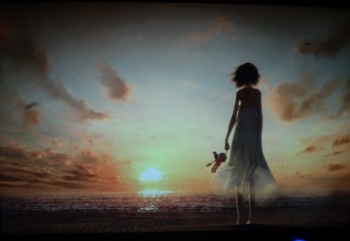 BioShock 2 has been confirmed to have multiplayer, but it won't be co-op.

According to the issue of Game Informer that I'm holding in my hand right now, BioShock 2 will indeed feature something that many complained was not present in 2K Boston's original game: multiplayer. "There is multiplayer in BioShock 2," creative director Jordan Thomas put it, in as simple terms as possible. Well, by process of elimination we can presume that that multiplayer will be of the competitive nature, because it definitely isn't of the co-operative type, according to the latest post on 2K's official BioShock site, The Cult of Rapture.

"The internet has been busy these past few days with rumors about what is and is not in BioShock 2," 2K writes, hesitant to tell us what is in the game but nevertheless letting us know "that there won't be any spliced-up rhinos, Soviet invasions, or co-op, but you may very well see a Big Daddy or two."

Co-op was part of the initial batch of debunked rumors regarding the game, and it made sense, considering co-op is such a popular trend in games nowadays, with games like Resident Evil 5 and Left 4 Dead making it a central feature. BioShock, though, was a game you approached more methodically, and is so atmospheric and full of ambiance that it really wouldn't fit the often fast-paced nature of a co-op game.

Indeed, keeping the essential BioShock experience solo is central to 2K Marin's mission to stay true to 2K Boston's vision. Thomas told Game Informer that "single-player is obviously BioShock's legacy, and it's extremely important to us."

It's Not You, BioShock 2, It's Me Susan Arendt 90 Comments
Comments on