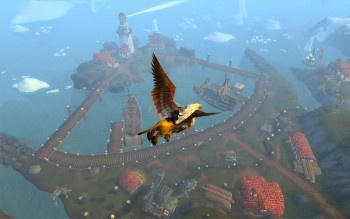 Good news from China, where censors claim that the imposition of daily time limits on gaming has solved the problem of rampant online gaming addiction among the country's youth.

Chinese state news agency Xinhua has reported that the number of online gamers under the age of 18 now represents only 15 percent of total respondents to a 2008 nationwide survey by the China Youth Social Service Center, a decline of seven percent over the previous year. The survey also found that roughly 60 percent of Chinese youth were "satisfied" with China's online gaming anti-addiction system, which General Administration of Press and Publication Deputy Chief Sun Shoushan credited for the decreasing numbers of addicted teenage gamers.

The system was imposed in 2007 and requires all game operators in China to set limits on the amount of time minors can play online games each day. Players who remain online for more than three hours daily lose "half their earned credits," while breaking the five hour daily mark results in the loss of all credits. Gamers are also required to use real names and official identity cards when they register for games so they can be properly monitored.

The "anti-indulgence" system was imposed not a moment too soon, too: In 2007, Chinese sociologist Tao Hongkai of the Huazhong Normal University claimed that 70 percent of juvenile delinquent behavior in China, and 90 percent of flunk-outs from Chinese colleges, were the result of internet addiction. He said online game companies are "bringing calamity to the country and the people" and called for them to be driven out of business.