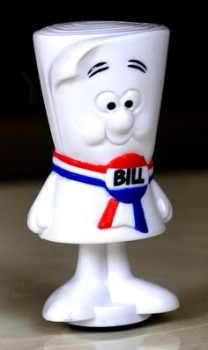 Utah's Jack Thompson-inspired HB 353, the bill that threatens to punish retailers who attempt to enforce age restrictions on videogame sales, is now in the hands of Governor John Hunstman, who can veto it or sign it into law.

The bill easily passed both the Utah Senate and the House of Representatives and now must get final approval from Republican Governor Huntsman. He has the authority to veto the bill but GamePolitics points out that Huntsman appears to have Presidential ambitions and killing a bill that purports to protect children, regardless of any actual facts involved, would have very poor optics.

"Essentially what it does it is has the unintended consequence of creating liability exposure which could force many retailers to either abandon their voluntary policies to enforce video game rating systems, or maybe perhaps choose not to sell video games at all," Taylor told radio statiojn KCPW. "Here you have broadly drawn legislative language that seeks to address a fairly small instance of retailers failing to enforce their policies as promoted. The vast, overwhelming majority of retailers are complying, but now they fall within this swinging sight of harm that this legislation introduces."

Huntsman apparently also has the option to simply ignore the bill, in which case it will automatically become law even without his approval, a bit of political bob-and-weave I don't really understand; in any case, unless he specifically lays a veto smackdown HB 353 will become law in January 1, 2010, at which point videogame industry trade groups like the ESA and the Entertainment Merchants Association will decide whether to challenge it in court.