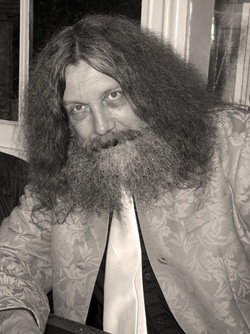 The Coroners and Justice Bill seeks to outlaw forms of child abuse, but campaigners are condemning it for going too far - where even something like Watchmen might be affected.

The Bill itself is based on the same Australian Law that saw a man arrested for nude Simpsons cartoons, which has received many complaints since it became law. If the Coroners and Justice Bill remains unaltered it will make it illegal to own any picture of children participating in sexual activities, or present while sexual activity took place. The real problem is that the definition of children denotes the age as under 18, so that while they could be within the legal age of consent, the images of such would be labeled illegal.

Across the UK, a coalition of MPs, writers, graphic artists and publishers have condemned the move as it fails to take into account the realities of the situation. This includes such luminaries as Neil Gaiman, Bryan Talbot, John Reppion, and - of course - Alan Moore and his daughter Leah, a graphic artist in her own right.

"We do not oppose any legislation that protects children from abuse, we understand the need for it, but some parts of the Coroners Bill do need rewording and clarifying," said a spokesperson. "This new legislation could be used for the wrong reason and if used incorrectly thousands of people could become criminals overnight. The Government refused to impose minimum tariffs on cheap alcohol because it was unfair to punish the majority for the crimes of a minority; yet this legislation does exactly the same."

One of the main MPs to speak out about it is Liberal Democrat MP for Cardiff, Jenny Willott. "The problem I have is that the definition of what constitutes an image and a child is incredibly broad," she said. "The Government considers almost anything to be an image, from a painting to a private scribble on a piece of paper. At the same time they have defined a child as something that looks like a child even if it isn't."

The Ministry of Justice has denied such accusations though, saying "The clauses in the Bill are to tackle pornographic and obscene images of child sexual abuse which have no place in our society. It is not our intention to criminalize the possession of material that does not fall foul of the Obscene Publications Act or to criminalize the legal entertainment industry, the art industry or pornographic cartoons."

While the Bill seeks to tackle a growing problem within society, it's perhaps more worrying to know that the ban could also easily extend to things like "woohoo" in The Sims if there are child Sims present. Not to mention potentially "borderline" cases like The Little Mermaid, Batman, South Park, Family Guy or Futurama.