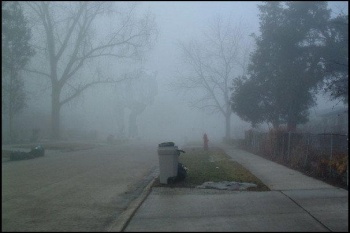 According to a new study, violent shoot 'em up games can drastically increase your perception of fine contrast differences.

In the study - which already sounds great - 22 gamers were split into two groups. One set played Unreal Tournament 2004 and Call of Duty 2, while the other half played The Sims 2.

The study checked back in on the same gamers after 9 weeks, with the players having completed 50 hours a week in their assigned fields. The first group showed an average of 43% increase in discerning the difference between shades of gray. The Sims players, on the other hand, were apparently too busy deciding what wallpapers to have, and scored similarly to non-gamers.

The ability to discern slight differences in shades of gray, or contrast sensitivity, is the primary limiting factor in how well one sees, according to Daphne Bavelier, a professor of brain and cognitive sciences at the University of Rochester in England.

She explained the significance by saying, "If you are driving at dusk with light fog it could make the difference between seeing the car in front of you or not seeing it." For those "hardcore" gamers, who play the games for six months or more, the increase can be as high as 58%.

Those of us that have been playing Team Fortress 2 and CoD4 have probably already seen the Tyrannosaurus coming up the street.