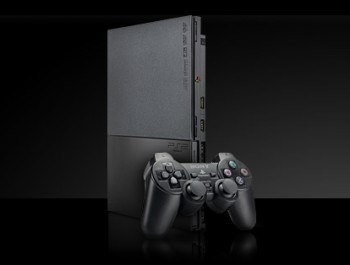 Sony's decision to cut the price of the PS2 has drawn drawn a wide range of reactions including praise from at least one industry analyst, derision from Microsoft and a bit of salient questioning from a very surprising source.

Sony announced earlier today that the price of the PlayStation 2 would be reduced to $99 in North America and €99 ($131) in Europe, a move which EEDAR analyst Jesse Divnich predicted would increase sales of the console and help slow its loss of overall market share in the future. EEDAR estimated that the PlayStation 2 was responsible for 21 percent of all home console software sold worldwide in the last quarter of 2008, slipping to 19 percent in the first quarter of 2009.

"Before the announcement of the price cut, we expected PS2 software sales, a good measure of a console's health, to decline to 16% April through July. We now expect PS2 software to maintain an 18% market share among home console unit sales for quarter two," Divnich told Gamasutra.

"The PS2 currently has the largest software library of any console with over 1,650 titles to date according to EEDAR's GamePulse database, plus an additional 110 titles expected to launch throughout 2009," he continued. "With a mid-range DVD player currently costing $50, an additional $50 to also get a gaming console with the largest software library makes the PS2 an incredible deal - particularly during the current global economic conditions."

Microsoft was predictably less enthused about the reduction, dismissing it as more of a death twitch than a relevant maneuver. "This move from Sony at the end of the PS2's life cycle is not unexpected. We believe, however, that the future lies in the growth of current generation consoles and Xbox 360, as the fastest growing games console last year, with sales up over 80 per cent, will continue to drive the market," Microsoft's Interactive Entertainment Business Vice President Chris Lewis told GamesIndustry. "Xbox 360 has clearly demonstrated that the combination of the right price, blockbuster games as well as the market-leading broad connected entertainment content available through Xbox Live will continue to resonate with the ever growing needs of today's consumers."

But the most interesting comment came from an unexpected source and not in the aftermath of the price cut but in anticipation of it. Sony Computer Entertainment America President and CEO Jack Tretton expressed optimism that the lower price "will bring in new consumers" and help boost the PlayStation brand but eight months ago he didn't seem quite so confident in the idea.

"I want to understand the consumer that says '$129, too rich for my blood, but $99, I'm all over it'," he said in a July 2008 interview with Edge. "If that $30 was the difference between buying a console and not buying a console, how many games are you going to sell to that person?"

A valid question, I think. Reducing the price of the PlayStation 2 may draw in a few latecomers and cheapskates but it also comes off as a bit of a slap-in-the-face reminder that the price of the PlayStation 3 is staying put. At this point, even I have to start thinking that maybe it's time for Sony to spend less time trying to impress people with the durability of its old console and more time trying to work up some interest in the new one.