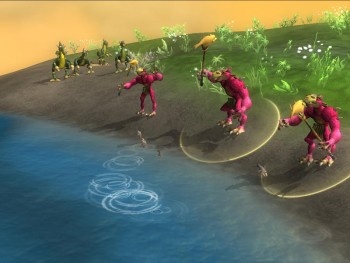 It's a bit late but still better than never: EA has released a "De-Authorization Management Tool" that can remove individual game authorizations, allowing them to be reused and moved between PCs.

The tool cannot remove the number of authorizations games are limited to; instead, it removes individual authorizations, allowing them to be used again elsewhere and in the future. Games that are de-authorized aren't automatically uninstalled, so users who want to play them again in the future can just re-authorize them and begin playing again. The system sounds very similar to the "activation revoke tool" released by 2K Games in late 2007 as a result of customer anger toward the installation limit on its hit shooter BioShock.

The tool will work with a number of recent EA releases including Red Alert 3, Dead Space, Mass Effect and Mirror's Edge but of course the most obvious target is Spore, which is also included in the list. Restrictions on Spore installations and accounts when the game launched sparked an immediate backlash among gamers and while EA eventually eased up (slightly) on the restrictions and released a Spore-specific de-authorization tool, the damage was done: Spore was a hit but it was also a rallying cry for gamers who were fed up with excessively intrusive copy protection. Ironically, despite the heavy-handed DRM, Spore was reportedly the most pirated game of 2008.

Download links and a full list of the games supported by EA's De-Authorization Management Tool are available here.