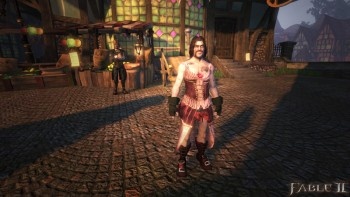 Microsoft has reached an out of court agreement with Jamie Durrant, the former Lionhead Studios employee who sued the company over allegations that he'd been the victim of long-term abuse due to his sexual orientation.

Durrant had originally sued Microsoft for ₤45,000 ($66,700) for "hurt feelings" and lost wages after 11 years at Lionhead, during which time he suffered abuse which included being called "Fag Boy Jim" and receiving emails making fun of his homosexuality. Durrant said complaints to Microsoft's human resources department went ignored, which he attributed to "the homophobic aspects of the company," and he was later asked to sign an agreement saying he was happy with how the matter was handled and that he wouldn't file a grievance.

The terms of the settlement are confidential but Microsoft described the deal as "amicable," adding that Durrant will no longer be employed by Lionhead. "Microsoft has a longstanding commitment to diversity. We attract, recruit and respect diverse talent and we have included sexual orientation in our anti-discrimination policies for 20 years," the company said in a statement.

"Our efforts have been recognized by a wide range of groups, including the Human Rights Campaign Foundation in its 2009 Corporate Equality Index. We do not tolerate breaches of our code of business conduct and take any complaints extremely seriously," the statement continued. "Throughout this process, those to whom Mr. Durrant brought his concerns have taken them seriously and concrete actions have been taken to address them. Neither Mr. Durrant's sexual orientation nor the nature of his complaint had any bearing on the way it was handled."